Technology is the knowledge or expert skill of how to make things, from the Greek words technos (art or skill) and –ology (branch of knowledge), typically through the use of tools. Typical examples of technologies include such things as baking, weaving, soldering, injection molding, welding, glass making, or semiconductor manufacturing.

Technology (process/tool skills) should be distinguished from the products of technology, which can be referred to as technological artifacts. Indeed, most allegations of technological theft refer not to theft of physical items, but rather to unauthorized copying of processes, from weaving technology in the early Industrial Revolution, to Samsung’s creation of smartphones highly similar to those of Apple.

Early LEGO systems were based upon two critical technologies: plastic injection molding, and process of assembling bricks using the studded interlocking brick design. Later, this process was changed to the Technic system, using beams and pins.

In the late 1990’s, Mindstorms robotics technology was added, permitting programmable control of systems using motors, sensors, and programmable controllers. All of these systems enable users to easily create and modify prototypes, which are functioning models of designs.

In LEGO robotics, technologies being learned include how to mechanically assemble the various components, including beams, pins, gears, etc.; how to use motors and sensors, and how to utilize the MINDSTORMS programming environment to compose and download programs to the robot. 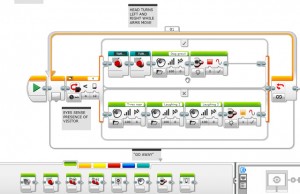 See also What is engineering? and What is the difference between engineering and technology?

Jonathan is a teacher from Weston, Massachusetts, working to improve the teaching of project-based science, technology/engineering, and design in Grades K-8. After graduating from MIT with degrees in life sciences and electrical engineering, Jonathan was a clinical engineer with the Veterans Administration from 1975-2000, with a multitude of projects including prosthetic devices and interfacing, ICU, cath lab, operating room design, and other projects.